Driving more intelligence at the edge

C-V2X: A Sixth Sense for ADAS and Autonomous Vehicles

Automotive advanced driver-assistance systems (ADAS) and autonomous technologies often rely on sensors like cameras, radar and lidar to detect what is going on around the vehicle. The data from these sensors is sent to in-vehicle systems that process it and respond instantaneously. As a result, the vehicle can detect an upcoming obstacle and even automatically trigger a response, such as accelerating or braking, much faster than a human driver can.

While the traditional perception sensors can provide a 360-degree view around the vehicle, they still have limitations. For example, they cannot see around corners or across town, nor can they alert drivers to hazards or slowdowns before they are encountered on the road. Further, these systems rely on artificial intelligence (AI) to interpret the visual data they receive, which can lead to misidentified objects in some edge cases.

Cellular vehicle-to-everything (C-V2X) communication addresses the shortcomings of perception sensor-based systems and gives cars a “sixth sense” — a critical new way of understanding their environment and navigating the road ahead.

As explained by Autotalks, a leading supplier of C-V2X connectivity solutions, C-V2X enables cars to communicate with each other and with any other C-V2X-enabled objects in their environment, including traffic lights or pedestrians, using a dedicated wireless spectrum. Unlike traditional sensors that replicate vision, C‑V2X can “see” around corners and beyond any obstruction within a radius of up to one mile.

“C-V2X is a sensor like lidar, like radar, like cameras, like ultrasonic,” explains Amos Freund, vice president of research and development at AutoTalks. “But C-V2X has a counterpart on the ‘other side’ to communicate with: V2V (vehicle) or V2I (infrastructure.) And C-V2X is the only sensor with non-line-of-sight capability; it can see behind obstacles. In addition, it can operate and ‘see’ in any weather or lighting conditions such as fog, night and direct sunlight.” In essence, C-V2X brings a sixth sense to the driving experience.

C-V2X systems must deliver mission-critical performance and reliability, Autotalks observes, with high receiver sensitivity and the range and computational bandwidth to accommodate a maximum number of messages. Dropping a message from another vehicle — near or far — is not an option.

Autotalks claims that a two-sided C-V2X interaction can identify objects with much greater certainty than visual AI systems can. Next generation C-V2X will allow perception sensors in one vehicle detect an object, that vehicle’s processing engine categorizes the object, and the result is relayed to the C-V2X system for broadcast to other vehicles. The system accomplishes this through a combination of hardware and software: processing subsystems, hardware accelerators, internal and external memory subsystems and the software stack that provides the intelligence.

According to Autotalks, C-V2X technology can dramatically improve road safety; it helps drivers avoid collisions and other dangerous situations by communicating efficiently with other vehicles and transportation infrastructure. Through these communications, driver-assistance and autonomous driving systems receive alerts prompting changes in route or other interventions to avoid trouble on the road. The National Highway Traffic Safety Administration's estimates show that approximately 4.5 million crashes can be mitigated annually with fully implemented C-V2X systems1. Autotalks expects that improved mobility will soon be a direct result of this technology, as vehicles coordinate their chosen routes to reduce and eliminate traffic jams. 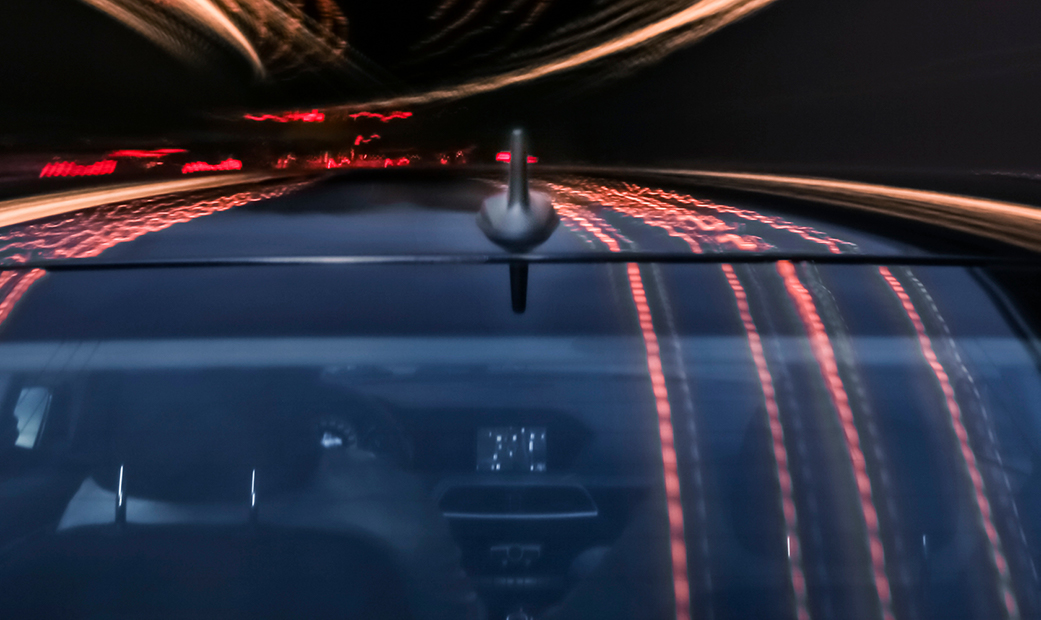 This new technology demands a constant, reliable flow of data without any breaks in communication. Ensuring constant communication requires a memory solution that will not only fit into the footprint of a small shark fin antenna but can also withstand the harshest environments.

“By 2026, the communication will be beyond vehicles, to pedestrians and to bicycles,” Freund notes. “This can happen with smartphones, wearable devices or tags attached to a backpack. It’s a fully dynamic visual network, updated continuously to provide safety for all of its users, not just drivers.”

Some estimates indicate that there will be 5.8 million V2X nodes by the end of 2022, as many as three times the number of nodes estimated by the end of 2021. As data from other cars and the transportation infrastructure is added, bandwidth requirements increase dramatically. Today, these C-V2X networks are 20 MHz. In these future scenarios, we will need at least another 40 MHz of bandwidth as well as specific 5G capabilities that support highly automated driving. And that’s just for the network itself. When you begin adding functionality with new apps on top of the network, the memory requirements will continue to increase.

“As this gets more sophisticated, memory performance needs to increase,” Freund continues. “But we also need low power, not only for battery life but also for thermal conditions. If you are driving in Death Valley, it’s different than Minnesota. So the power consumption must be extremely low. Finally, everything has to be super compact to fit in the car between the sheet metal of the roof and the headliner — an extremely small footprint.” Compact memory is paramount for Autotalks since the shark fin antenna contains the entire network access device: the modem, processor and memory necessary for C-V2X functionality.

Another critical component of C-V2X is security. Unauthorized injections of data — that is, hacking — could render the C-V2X dynamic network useless. For this reason, every bit of information that runs through the network is authenticated. Anytime a car manufacturer introduces a new system, it must receive credentials to ensure security. Autotalks promises to continue delivering hardware and software security modules to safeguard these networks.

Autotalks forecasts that C-V2X’s implications for safety and traffic congestion could be staggering. C-V2X promises to provide a new avenue to help us achieve safer, less congested roads. With memory being such a critical component, Autotalks chose a cutting-edge, reliable partner to fuel its innovation. Autotalks trusts the capabilities and reliability of Micron auto-qualified DRAM to deliver a mission-critical application like C-V2X.

Micron is working with Autotalks to enable today’s and tomorrow’s vehicles to communicate in new ways— to enhance that sixth sense. Soon, these vehicles will be part of a dynamic and fully interconnected network allowing data to be shared in near real time. C-V2X technology is foundational to enabling an efficient and safe mobility experience to all users.

For 30 years, Micron has been the leader in the automotive memory and storage solutions that are facilitating this transformation. Micron’s continuous investment in automotive solutions and comprehensive automotive portfolio strengthen our role as trusted advisors across the entire global ecosystem for the next 30 years.

For more on Micron’s leading memory solutions and 30-year commitment to the automotive market, visit micron.com/automotive.