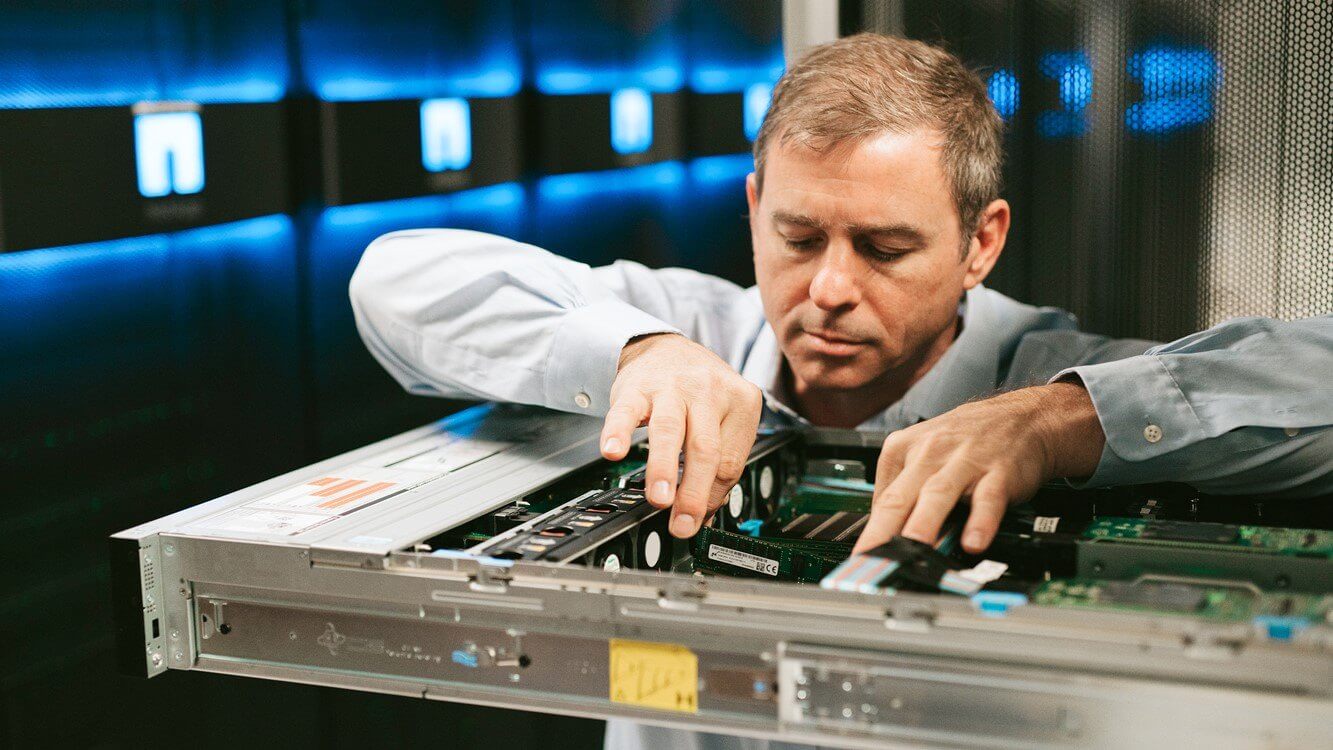 We live in a world of data. More data will be created in 2019 than the total sum of all data previously created in human history. The exciting thing is that this will also be true for 2020, and the year after that. However, with this exponential growth in data comes challenges because we don’t want raw data, we actually want information. Information is data that is organized and has value. Businesses must find a way to transform data into information efficiently while wrestling with huge data sets that are growing exponentially.

AMD has released a next-generation processor product that is meant to drive vastly improved performance and scalability. The AMD EPYC™ 7002 Generation Processors provide up to 64 cores. Plus, Micron® is releasing our first 64GB 3200 MT/s RDIMMs (MTA36ASF8G72PZ-3G2B2) for the data center in anticipation of the improved workload and application potential in the new EPYC™ 7002 Generation. Not only are the new Registered DIMMs faster, but they also double the density of our previous generation of RDIMMs due to being built with 16Gb die. What can we expect as this super-accelerated infrastructure rolls out into the marketplace? Let’s look at two trends driving transformation of data into information and their effect on memory and storage technology innovation.

Deep Neural Networks (Artificial Intelligence): Due to the advancements of compute hardware, new algorithmic optimizations, and the sheer size of the data being analyzed, deep neural networks are roaring into the data center. While the data is being processed it must reside in fast memory for efficient compute. The Micron 64GB 3200 MT/s RDIMM is just that, fast memory. It is also twice the density for the same configuration, which is very valuable in training neural networks due to their iterative nature. Unstructured data to be analyzed is much more efficiently accessed if it is stored as data lakes on solid state drives like the Micron 5210 QLC SSD, which delivers the speed needed at the right price for 50TB read-intensive workloads. While rotational media only has a few hundred IOPs, our QLC 5210 SSD has tens of thousands of IOPs.

Hybrid Cloud: To maximize the economies of scale found in cloud computing, many businesses deploy hybrid cloud schema. Hybrid is defined as on-premises and off-premises and are used together to optimize a business’s data center while adhering to regulatory restrictions that preclude using the public cloud for 100% of their data. As with any cloud deployment, elastic compute is the vehicle that enables efficient use of server hardware, while elastic compute is reliant on fast memory and fast storage. The Micron 9300 High-Performance SSD with NVMe delivers our fastest data center and cloud storage – sequential read and write at 3.5 GB/s.

The Micron 9300 SSD is the flash storage AMD chose for the EPYC 7002 media testing kits and client sample kits, so we anticipate many people investigating the drive’s efficient and fast storage utilization.

The big picture: Processing and managing ever-increasing data sets is driving the explosion of processor core counts more than ever before. You see the industry’s answer with AMD’s EPYC 7002 Generation, which has up to twice the number of cores (64) and threads (128) of AMD’s previous EPYC™ 7001 Series Processors. Doubling core counts enables accelerated consolidation thorough virtualization and containerization to drive the data center to new heights of efficiency. Are you looking into the next-generation of processors? To fully harness the compute power of the EPYC™ 7002 Generation you’ll want to support it with fast memory like our newly released 64GB 3200 MT/s MTA36ASF8G72PZ-3G2B2 RDIMMs and fast storage like the Micron 9300 NVMe SSD.

More information: We’ll have more to say about the exciting AMD EPYC 7002 generation. Stay up to date with Micron by following us on Twitter @MicronTechnology and connecting with us on LinkedIn.

Eric Caward is Business Development Manager for Micron’s Compute and Networking Business Unit.  Eric leverages 19 years of memory system expertise to lead strategy development in the Data Center segment with a focus on enabling solutions for hyperscale customers. Before moving to his current role, Eric spent 15 years in the Systems Compatibility Group where he was a Systems Engineer working on memory qualifications, failure analysis, and system performance analysis.

Ushering in a New Era for Semiconductor Manufacturing in the U.S.

Micron is announcing our commitment to invest $40 billion in leading-edge memory manufacturing. As a result of the CHIPS and Science Act, a major legislative milestone, this will be the largest semiconductor investment ever made in the U.S.
Read more >

Micron delivers the world's most advanced NAND in a data center SSD. The Micron 7450 has the quality of service (QoS) to enable rapid and reliable data center workloads.
Read more >
+